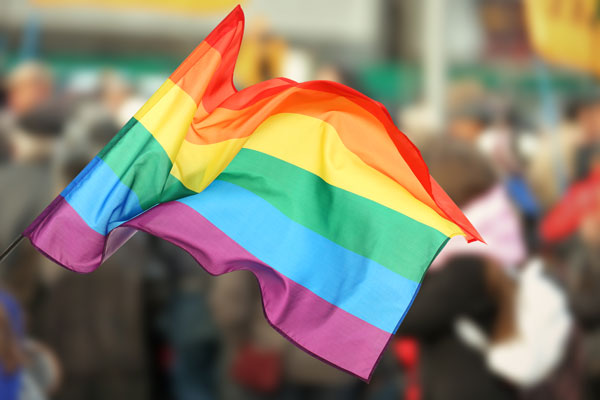 The History of Pride Month and Why We Celebrate

June is Pride month! It is a month-long celebration of the LGTBQIA+ community – and while it is a festival of their community, it is also an opportunity for us to join together as a society to celebrate the unique differences and diversity of our friends, family, neighbors, and community. In my family, we use every holiday and celebration as an opportunity to learn more about the people, cultures, and traditions associated with the festivities.

Where did Pride month come from?

The origins of Pride are much darker than the festivities and celebrations that we see today. It started off as a response to a police raid of a New York pub that was frequented by the LGBTQIA+ community in June 1969.

Even during the times of the civil rights movements of the 1960s, the LGBTQIA+ community had to fight to exist. Gatherings of same-sex couples were deemed “disorderly” by the New York State Liquor Authority and often resulted in raids and establishments being shut down entirely if they were suspected of catering to the gay community. In 1966, thanks to activist efforts, regulations that prevented bars from serving LGTBQIA+ were overturned – but that didn’t end the suffrage of the community at the hands of politics and law enforcement. LGBTQIA patrons could now be served alcohol, but it was still illegal to engage in any type of public display of affection for couples that weren’t deemed “normal” by the society of the times. The LGBTQIA+ patrons sought refuge in bars friendly to their community, many of which were operated illegally by owners who were often less than law-abiding citizens (yes, I’m talking about the Mafia). The gay community wasn’t supporting the Mafia by choice, but the Mafia was doing what they do best – operating a business on the fringes of society, capitalizing on laws that created a black market. They were able to skirt the law for several years by paying off corrupt city officials and officers who would in turn give the operators a heads up prior to any raids, allowing them to hide any nefarious activity and somewhat protect their clientele. They did the same thing with alcohol prohibition, and continue to do so with a variety of black market products and services to this day.

This all boiled over on June 28th, 1969. Stonewall Inn, owned by the Genovese crime family, wasn’t tipped off about a raid this morning. Police officers, with a warrant, entered the club and began to rough up patrons, and after finding bootlegged alcohol, arrested 13 people. They arrested people for not only alcohol violations but also for violating the state’s “gender-appropriate clothing” statute. Long story short, people were assaulted and arrested for who they were, loving who they loved, and being a little different than what society expected. Within minutes of the raid, a full-blown riot broke out, involving hundreds of people. The police, prisoners, and a journalist barricade themselves in the bar which was then set on fire by the Mafia. The fire department and riot squad were eventually able to stop the fire and rescue those inside, but the protests continued in the area for five more days. Thousands of people showed up to protest the laws and human rights of the LGBTQIA+ community.

On June 28, 1970, thousands of people marched in the streets of Manhattan from the Stonewall Inn to Central Park in a one-year anniversary protest of the Stonewall uprising. On that day, it was called “Christopher Street Liberation Day,” or America’s first gay pride parade.

Today, Pride is celebrated for a variety of reasons. It is a time to reflect on the constant work to achieve equal justice and opportunity for the LGBTQIA+ community, including Stonewall. We recognize the impact that the community has had locally, nationally, and internationally. But more importantly, it is a celebration of individuals being proud to be who they are, love who they love, and exercise their inalienable rights of Life, Liberty, and the pursuit of happiness.

Cities and communities around the world participate in parades and festivals that celebrate the LGBTQIA+ people. You don’t have to be a member of the community to appreciate the beautiful artwork, music, culture, and messaging of these festivals. Take the time to learn the history behind the festivities, and understand the significant obstacles that the community has, and continues to overcome. Even if you choose not to participate, we’re a better society when we take the time to educate ourselves and appreciate what it means to be diverse.

In my family, we participate in Pride in our own way. We have discussions with our children on what it means to be accepting of different cultures. We celebrate our LGBTQIA+ family members, friends, and others that have made an impact on our lives. We talk about what it means to be an ally, to support those around us, and to use our voices to advocate for people who are different from us. Lindsay and I make sure our daughters know that they are loved, supported, heard, and appreciated for who they are, no matter who they turn out to be.

By having these discussions in our home, we can make the world a better place. We can reduce bullying, increase awareness and acceptance, and ensure that the world continues to become a more hospitable place for all human beings, no matter what their differences are.