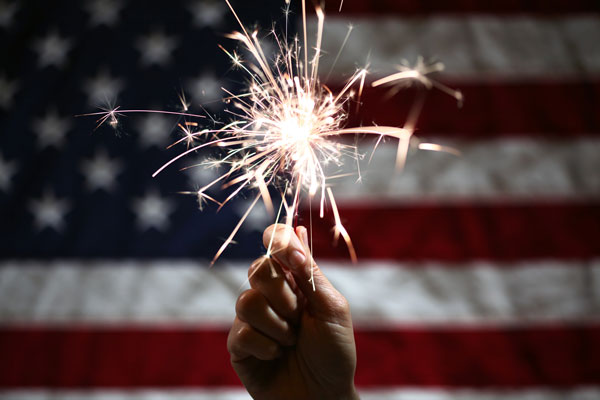 Independence Day and What it Means to be American

America’s Independence Day, also known as the 4th of July, commemorates the signing and ratification of the Declaration of Independence on July 4th, 1776. However, America’s independence was made official two days earlier when delegates from the Second Continental Congress, representing the Thirteen Colonies, passed the Lee Resolution on July 2nd. This resolution officially resolved that the Thirteen Colonies were “free and independent States,” freeing themselves from British rule and creating the United States of America. The Declaration was the official document and announcement that explained the Lee Resolution, which is what we now celebrate as Independence Day.

What does it mean to be American?

Fast forward 246 years later, and we’re celebrating Independence Day, 2022. Several memes have made their rounds this year, many with discriminatory undertones about celebrating other culturally significant dates, ending with a “this 4th of July, let’s act like Americans.” So what does it mean to be American in our modern society? At times we seem divided, discouraged, or even broken. What are we coming together to celebrate?

For my family and me, being American means understanding what the founding fathers wrote and teaching my daughters what those freedoms mean. To be an American is to constantly chase that dream of life, liberty, and pursuit of happiness. To be free from the tyranny of a government that failed to pass laws and adequately represents all people. To come together as a society through civil discourse and decide, together, what is best for our local, state, and federal populations. To participate in worldwide trade, culture, and travel. To be American is to celebrate the constitutional rights that give us the freedom of speech, freedom to vote, freedom of religion, promote equality, protect us from tyranny, and so many other freedoms and rights we enjoy as a society every single day. Today, I ask you to take the time to read the Declaration of Independence, the Constitution, and the Bill of Rights – not someone else’s interpretation of them; read the original documents and decide what they mean for you.

Those other cultural celebrations? Those only strengthen what it means to be American. Whether you were born here or came here in pursuit of a better life, the ability to continue to celebrate who you are, where you came from, and what you’re building is the epitome of what it means to live in America. By learning about other cultures, traditions, and celebrations, we as a society can learn about the unique needs of different groups to ensure that we’re all represented equally. When we start to understand each other, we can coexist, and when we can coexist, we can thrive together as Americans do.

So this Independence Day, I plead with you to join me in celebrating US. Not only as an abbreviation for the United States but us as a society. All of the unique individuals that make up this great nation, no matter their religion, ethnicity, gender, sexuality, political leaning, or any other identifying labels that have been used to divide us for far too long. Celebrate who we are, how far we’ve come, and the brightness of our future. Every single one of us has the opportunity to impact our country positively, and together we can do great things. Put your politics aside, celebrate with your neighbors, and learn what it truly means to be a Patriot.